The space is currently occupied by Iberia Bank. However, Iberia Bank will be relocating to a building in International Park.

Grandview Medical Center chose Grandview Building II, due to proximity of the building to the hospital, as well as meeting all of the needs for a variety of different uses.  This lease fills are large block of space that otherwise may have been vacant at the end of Iberia’s lease, said Taylor Glaze Vice President of NAI.

Taylor specializes in Medical Office and Industrial Properties. Taylor is also NAI Business Director within the NAI system for the Birmingham territory, which includes the entire Birmingham metropolitan area as well as Cullman, Tuscaloosa, and Montgomery.  Taylor is responsible for oversight on all NAI transactions providing status reports and direct interface with NAI Global on a monthly, prescribed time basis. 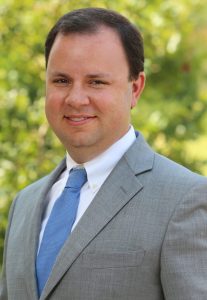